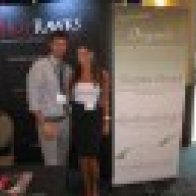 <p>When you&acirc;&#8364;&#8482;re passionate about something, you want to share it with the world. You want to shout it from the rooftops. That&acirc;&#8364;&#8482;s how Raw-Nation&acirc;&#8222;&cent; got its start.</p> <p>Julie Wilson ate a typical SAD diet (Standard American Diet) her entire life. In her early 20&acirc;&#8364;&#8482;s, she suffered from severe gastrointestinal problems and finally when she was 25, she was diagnosed with IBS, Spastic Colon, and &acirc;&#8364;&#339;Borderline Crohn&acirc;&#8364;&#8482;s Disease&acirc;&#8364; (whatever did that mean?) Sick and tired of feeling sick and tired, she separated herself from doctors and started on a quest forknowledge about the human body. One Friday after work, she ran across a book by former Supermodel Carol Alt entitled, Eating In the Raw. She read it from cover to cover in one sitting and decided to heed the book&acirc;&#8364;&#8482;s advice and read another book by a man named David Wolfe. That weekend changed her life forever.</p> <p>Wilson met Joe Odell in the summer of 2007 and turned him onto raw organic superfoods and herbs. Together they researched and traveled the country, attending seminars and speaking to raw food experts. Their hunger for knowledge and ambitious drive to share their findings with the world is what fueled their desire to form a company that could not only provide powerful healing herbs and superfoods to others, but bring awareness to people of all ages, in a way they would understand and benefit from.</p> <p>Joe Odell Co-founder of Raw-Nation&acirc;&#8222;&cent;, traveled and lived all over the world throughout his early twenties before choosing to attend college in New York City. It was during his last year as a student at Marymount Manhattan College when he was diagnosed with MS. He was prescribed a potent medication that was to be injected every other day to deal with the disease. He found that the side effects of this medication was at times worse than the symptoms of the disease itself. He felt as if he wasn&acirc;&#8364;&#8482;t alive.</p> <p>After obtaining his BA in Communications, he moved back to his home state of North Carolina, where he met Julie Wilson, who introduced him to the raw, organic lifestyle.</p> <p>Less than two years later, his symptoms were completely gone, and he is now one more walking testimonial to the powerful benefits of organic herbs and super foods.</p> <p>Julie WIlson Co-founder of Raw-Nation&acirc;&#8222;&cent;, was a marketing/sales executive in Greensboro, NC who suffered from severe gastrointestinal disorders her entire life. Sick and tired of relying on doctors and prescription meds, she decided to start doing some research on the human body. She discovered an amazing book about the healing properties of raw, organic super foods and after only 6 months of implementing the changes to her diet, she felt like an entirely new person. Her eyes were bluer, teeth whiter, skin clear and smooth, and her digestive problems? Completely gone.</p> <p>Five years later, Julie is still free from prescription meds and enjoys foods without the debilitating pain that she endured her entire life. This has bred within her a deep, inner passion to share her knowledge with the world, and continue to research and read all she can about the miraculous powers that lie within plant foods and herbs.</p> <p>Wilson joined partner, Joe Odell, and together in 2009 they formed Raw-Nation&acirc;&#8222;&cent;, a company that explores and develops new ways to combine sustainably harvested, superior goods to enhance your quality of life. They use only pure, natural, and organic ingredients, and design their products to enlighten the body, mind, and spirit with desire and vitality.</p> <p>Thats when we came up with Hot Rawks. A great alternative for people who need a healthy boost in the bedroom or need the extra energy throughout the day. We want people to substitute there energy drinks and chemical filled libido enhancers or boosters with Hot Rawks.</p>