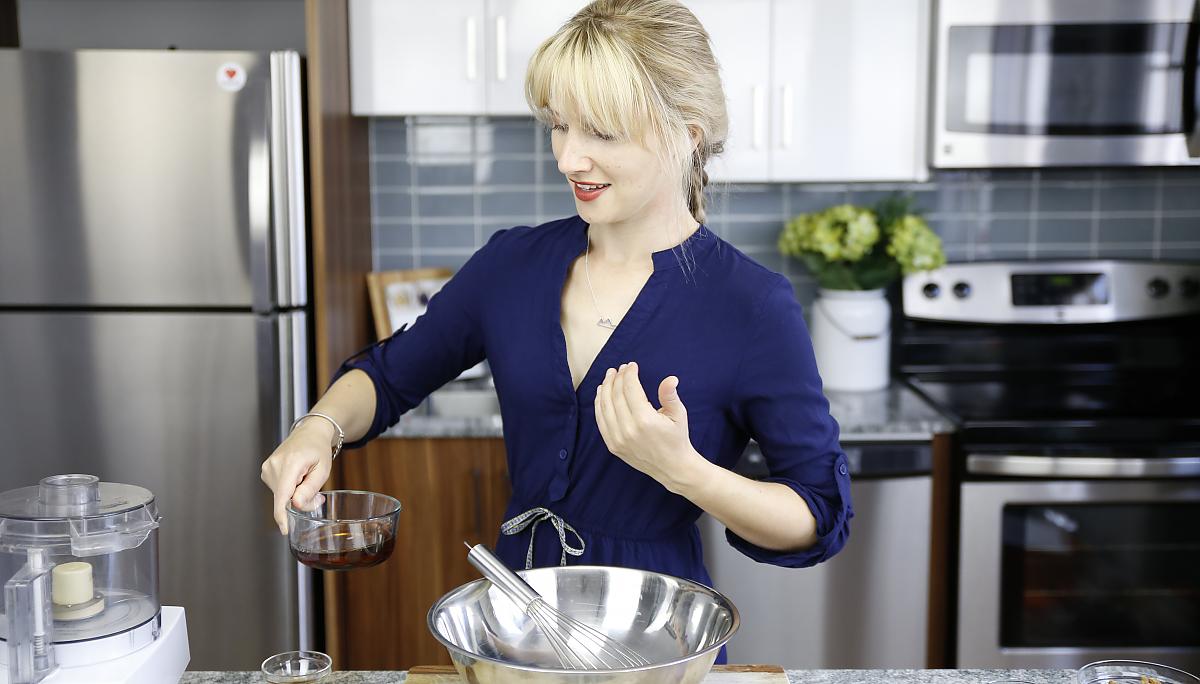 Starring: The Rawtarian
Update Required To play the media you will need to either update your browser to a recent version or update your Flash plugin. 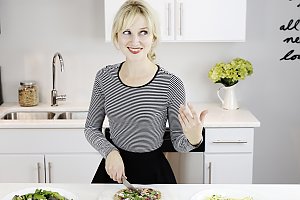 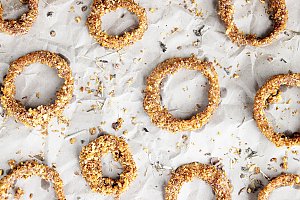 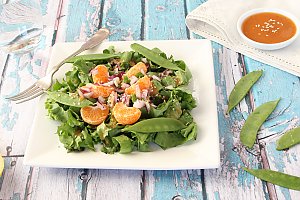 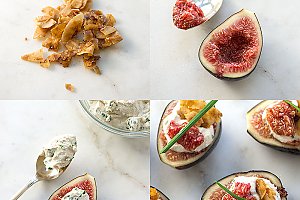 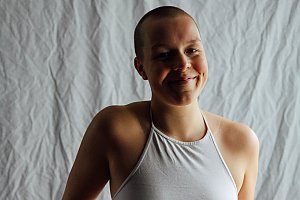 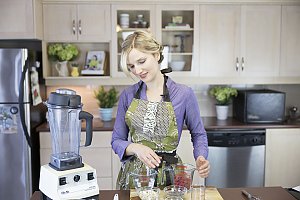 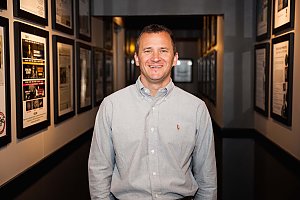 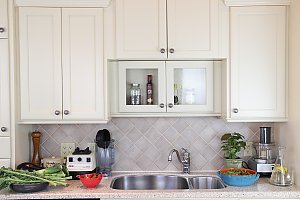 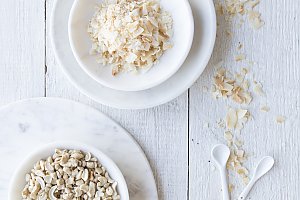 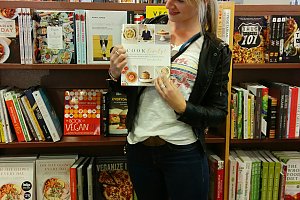 2
RFP54: The Creation of Cook Lively, The Rawtarian's First Cookbook
This podcast found in:

To listen to the podcast click on the photo/play button above or save the MP3 to your own computer. (Download button below.)

Hello, and welcome to episode number 55 of The Raw Food Podcast. I am your host, Laura-Jane, The Rawtarian. And on today's episode, I’m going to answer this question for you: When you lose 20 pounds, where does it go? See, I thought I knew the answer to that question, and I only recently realized that I was horribly wrong.

So on this episode, it’s quite a short episode and I’m just going to share with you a little bit about the answer to that question, how it was surprising to me, and how I find      it really useful to know where the fat goes because I was so wrong and it blew my mind, and now I want to blow your mind. So stay tuned, and I’ll be back with you shortly.

P.S. I may not blow your mind, but it will be interesting.

Thank you so much for joining me on another episode of The Raw Food Podcast. Think about it. I’m sure you’ve lost 5 pounds. 20 pounds. You may have also gained 5 pounds and 20 pounds. We’ve all done all of the losing and the gaining. But when you think about when you lose weight, where did it go? If you lost 20 pounds, where did it go? Seriously, do you actually know the answer to that question?

Well, that is what I’m going to be talking to you about today. How this kind of came about is I love listening to TED talks. You may be familiar with them. They’re these amazing lectures. You can watch them on YouTube. Usually, they’re 15-minute lectures by professionals like super smart people in their fields. And I’ve watched probably at least 50 of them on all different subjects usually about happiness or creating healthy habits and things like that because that’s kind of where my brain goes.

But I’ve been listening to so many of them, and I recently stumbled across one called “The Mathematics of Weight Loss” by Ruben Meerman. And I realized like oh my gosh, I don’t know the answer to where the fat goes. That’s so embarrassing because I should know that. But as you all know, I’m much more of like a social science person. I didn’t take any science classes in university. I’m more the type that would take philosophy or psychology or English and that sort of thing.

So what I have done is I’ve absorbed and done some additional research as well. I’ve watched this 22-minute TED talk by Ruben Meerman that basically tells us what happens to the fat when you lose it. And it’s a very scientific TED talk, and I’m just going to try to break it down in layman’s terms so that you will now know also where the fat goes when you lose weight.

Because I didn’t know the answer to this question either, I am quite certain that my hypothesis was that when you lose, say, 20 pounds—sorry to be crass, my friends, but I kind of assumed that it would end up in the toilet, that it would go through a bowel movement, and that that’s where it would go.

And I had that belief for a really long time. I know, in doing research about this topic, a lot of people believe that. A lot of people as well think that when you’re exercising, you’re sort of burning up energy, and the fat just gets kind of released into heat. So there’s a lot of hypotheses. A lot of people just think it like it goes into the ether or maybe you sweat it out. It just doesn’t exist anymore. And a lot of people really don’t know the answer to this question either.

I’m trying to figure out whether I should just tell you the answer to the question right now. But then, what if you just hang up on me? But maybe I should just come out first and just say, “Okay, people. I’m curious as to what you think happens.”

But yes, so basically, it’s predominantly exhaled out of your mouth. How it comes out is actually carbon dioxide. But really, we don’t have to use the scary science terms. If you want to have more information about the science of this, I would just suggest you go to therawtarian.com/podcasts, and look for Episode 55, and I’ll link up all of the research and to the TED talk in the show notes there.

But that’s kind of the gist of it. And I just think that’s really fascinating. And in this TED talk, the guy is like a physicist, and he has all these beakers and Bunsen burners and whatnot on the stage, and he’s kind of doing a lot of demonstrations. But really, that’s 22 minutes that you may find interesting.

But the gist of it is this. Let’s say I have 20 pounds of fat on my body. It tends to go around my stomach area. Let’s just say, for simplicity’s sake, you have 20 pounds of weight around your stomach. That weight or the fat, let’s call it, actually does have a weight so it has a mass, which means it’s a thing. I’m trying not to be too science-y. It has a weight. Right? It’s 20 pounds. So the way I guess science works is when something has mass or a weight, it doesn’t just suddenly disappear into nothing.

So when you’re actually breathing it out, although you cannot see it, that carbon dioxide you’re breathing out does have mass or weight. And then similarly when there’s a bit of the fat loss that comes out as water. Of course, we all know that water is heavy as well.

So this whole idea that you burn it up as heat energy or just disappears or I don’t know, that doesn’t make sense from a very basic—oh my god, listen to me trying to sound all scientific. But really the idea is when you have that 20 pounds of weight around your belly that you are maybe going to lose, then it needs to come out as 20 pounds of weight. And it actually comes out of you with that mass. So again, that comes out as some of it is water. 16% of it is water, but the other 84% is what you exhale as carbon dioxide.

And the dude, Ruben Meerman, on his TED talk actually showed. He blew into a balloon, and then he kind of froze the air that came out of his mouth. And you could actually see inside the balloon that there was some crap there that had mass. And the reason it’s just kind of shocking or confusing to us is because when we breathe out air it looks like nothing, but actually there is weight coming out of your mouth. So it’s kind of crazy.

I mean that’s kind of like the bare bones of it all. But I feel like that’s just crazy that I didn’t really realize that, and I feel like a lot of people don’t realize that as well. And for me, you’ve heard me say it time and time again that I find healthy eating to be a lot easier than exercise. For me, it takes me a lot to get my body moving. Or if I feel out of breath, it’s like oh my god, this is painful.

But it has just knowing this fact, that a huge part of weight loss comes from when you’re breathing out, gives me a different perspective on exercise and moving your body more and trying to get your heart rate up and trying to get a little bit out of breath. Because if you’re breathing more in a healthy, exercise-y type way, then you are actually releasing more of that mass out of your breath.

Because I was always just assuming that it was coming out as number 2. I don’t know. Am I crazy? Please tell me that somebody else also had that belief. I feel like there’s some of these very fundamental things or fundamental information that I was not aware of in life that is very useful. And I feel like that’s what I try to make this podcast about as well is sharing with you some of the interesting tidbits that I learn that are useful to me and maybe things I should have already known but I didn’t.

I took a lot of notes, and I’m looking at them, and it’s all like water = H20, carbon dioxide = CO2, and all this science-y crap, but I don’t want to bore you with that. If you want to know that level of depth and breadth on this topic, just watch Ruben’s TED talk, “The Mathematics of Weight Loss.”

So I feel like that’s really all I wanted to share with you. It was just a fascinating tidbit that I couldn’t believe I didn’t know the answer. Hmm, no, it wasn’t that. It was like I can’t believe I’m wrong. Dang it. So that’s good so when I learn something new, I want to share it with you. And that’s what this episode was about.

Thank you for being here with me. I know this was like a short, little tidbit but I just had to share it with you. So thank you so much. And I feel like that TED talk, usually they’re not about health or weight loss. Usually, I find they’re a lot about more social science-y type things like love or happiness or those kinds of things. So I just generally would say if you’re interested in learning more, listen to some TED talks because they’re really great.

Thank you so much for being here with me, and I hope that was somewhat interesting and useful and that I didn’t use too many incorrect scientific terminology. Goodbye.

You have been listening to The Raw Food Podcast with your host, Laura-Jane, the Rawtarian. Visit me at therawtarian.com to browse over 100 of my absolute favorite simple, satisfying, raw vegan recipes for free. While you're there, be sure to sign up for a free account, so you can favorite recipes and access other special features. Also, consider joining the paid section called The Rawtarian's Kitchen, where you can watch over 70 video tutorials with me, download all of my e-books, take online courses and cleanses, get printable PDFs, and much more. Visit therawtarian.com/getTRK for details on what's included.

Thank you so much for joining me here today on The Raw Food Podcast, and I hope to hear from you soon. So until next time, enjoy your raw adventure.

Related To This Podcast