When it comes to embracing a new way of eating, there are nutritional considerations that need close attention. For us raw vegans, there are quite a few raw food nutrition basics to be considered. But in this article, we will touch on two of the probably most talked about elements in a vegetarian/vegan diet: protein and vitamin B12.

Hey, I know it’s getting a little bit too “science-y” in here, but this isn’t a science journal so I’ll try to not make it sound like one. These nutrition basics are just vital tidbits of information you need to take into account to help improve your raw eating habits and avoid health complications.

Aah protein: the one thing that our meat-eating friends are deeply concerned about us vegans for! Because many of us grew up in a culture that teaches us that animal-based foods are the richest source of protein, a lot of people think that vegans can't get protein without eating meat. However, that is just a common misconception. Proteins do exist in plant-based foods. Otherwise, how else do cows and horses get their massive strength and fit structure? Some of the best plant-based sources of protein are almonds, hempseed hearts and sprouted lentils. 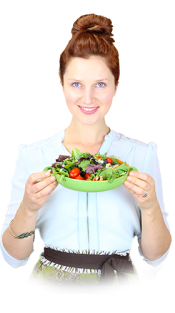 Proteins serve a lot of different functions; as enzymes, hormones, antibodies, as well as aid in transporting oxygen and in contracting muscles, etc. Yes, they’re very hardworking fellas! They’re found in every single cell of our bodies, keeping each cell in good working condition. They also build, maintain, and replace tissues like in our skin, muscles, hair and so on. That’s a lot of work.

Now where can raw vegans get their protein from and how much exactly do we need? You might not be aware of it, but you’ve probably already been consuming lots of them. Green leafy vegetables, nuts and seeds are in fact rich in proteins. Almonds and hempseed hearts in particular contain higher amounts of protein compared to other raw food. As per an adult’s daily recommendation of protein intake, female vegans need around 46-58 grams per day, while male vegans need around 56-70 grams.

The calculations can get a tad complicated but don’t stress yourself over it. If you want to learn more, I have an article that tackles protein a bit further and has a list of some raw foods with their protein levels. 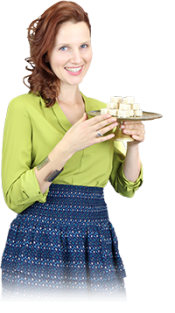 Aside from protein, raw vegans should also pay attention to their vitamin B12 levels and ensure that their intake of this vitamin is adequate since B12 comes from animal products. I would like to emphasize that this is a highly important issue. Because B12 actually plays a huge role mainly in making our blood cells, nervous system and brain function properly. And studies show that having a B12 deficiency causes serious health risks such as anemia, nerve degeneration and neurological impairment.

No plant or animal is capable of producing Vitamin B12, and it can only be produced by bacteria and archaea. B12 is typically found in animal-sourced products like meat, fish, eggs and milk. Some fortified foods and nutritional yeasts also contain added B12. So how do we raw vegans get this essential vitamin into our system? While there is a lot of controversy surrounding plant-sourced B12, scientific research consistently shows that these sources are not reliable and won’t be enough to restore your levels to normal once you’re diagnosed with a deficiency. That is why B12 supplementation is the most viable option.

Our body’s recommended intake for B12 is a little low (minimum of 2.4 mcg per day for adults and higher for pregnant women). And our body can store this vitamin for long periods of time, so symptoms of deficiency might not be evident at the moment. However, just because you’re not showing signs of deficiency, don’t get complacent. If even the mildest deficiency doesn’t get immediate attention and treatment, the damage can be irreversible. You don’t want that.

B12 is a complicated vitamin that is a most important thing to consider for raw vegans. I encourage you to read Today's Hot Topic: Vitamin B12 for a more detailed exploration of this element and my personal experience with symptoms of B12 deficiency.

I hope that wasn’t too overwhelming. For raw vegans (and those planning to become one), these raw food nutrition basics are important information that we should be aware of. Don’t get me wrong. It’s not meant to scare you at all, but rather equip you with useful knowledge so that you can develop a well-planned diet that can meet all your nutritional needs.