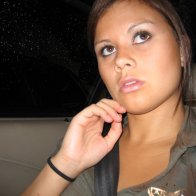 I live in the farm land of California. My Husaband grows almonds, pistachios, cotton, and alfafa. I ocasionally sub, but i’m mostly a homemaker. I have no kids. Yet I’m thinking about having one soon. I discovered eating raw last year after doing an amazing week long juice fast and colon cleanse. I felt so incredibly alive and clear. All my aliments and symptons of psorisis, outbreaks, fatigue, being a lil over weight, and bloating had disapeared. I wanted to stay that way forever (but didn’t yet know how). While on vacation at the end of my cleanse my Husband saw at Barnes and Nobles the Raw Food, Real World. Book and I had to have it. From this point on, my journey began in living and understanding eating raw. I still have struggles, but I am a firm believer in trying to be as heatlhy as possible. I am Christian. And as a Christian I realize this is the orginal diet God had set for us in Genesis before the flood. We were to eat Fruits & nuts, & Herbs of the ground(aka vegetables), (gen 2:9, gen 3:18). Everything he gave us, was alive food. Even Cain, who was the disobedient child, wanted to offer in stead of a lamb sacrifice, vegetables from his garden (Gen 4:3) But that was not what God wanted (Since the lamb slain was symbolism to remind them of Jesus’s future redemption) No where before the flood does it mention man ate meat! In fact, it says they lived to be 1000 years old in gen 5. THEY were having kids at 850 years old!! They were sooo heathly (The earth was healthy then too) that they grew to be giants!! (Gen 6:4) Which makes more sense, why they were not surprised when the clean animals went into the ark by 7 (gen 7) and the unclean animals by 2. (Interesting only kosher animals went by 7) into the ark. The animals before the flood were not afraid of them. After all man’s orginal duty was to tend the garden and animals of the earth. (To care for them GEN 1:28) But after the flood and degragation of man (plus there was no living plants yet cuz everything was wiped out) he allowed them to eat meat, but they were not to eat the blood.(since this carried all disease) (GEN 9:3 -4) THAT’s when mans life starting shortening!!! NO wonder!!! They ate meat that was not orginally intended for them to eat! (Gen 11:10-32)

It amazed me how the bible opened up, reading through the raw perspective. David back in his time. ATE RAW HONEY! He loved it! Not the processed kind, like what is offered at the grocery store. ALso in Romans 14:2 It talks about two different types of people who have faith. One eats whatever (but kosher in bible terms since they were still Jews persay, yet Christian) and the other Because they are sick, they are to eat ONLY HERBS (a.k.a. vegetables from the greek translation). (It’s saying not to judge either groups, cuz they both love Christ and are apart of the faith) Interesting huh? It tells us, when you are sick or weak, to eat only vegetables. Sort of like detoxing! Throughout the whole bible they would do short to long term fasting. Fasting is completely biblical. And I am so happy to find that all this truth was orginally given to us by our Creator God! It makes it all the more exciting to know that I’m eating the right way! Cuz when we get to heaven, we won’t be eating animals! So why practice that now!? The animals won’t even be eating MEAT!! (Isaiah 65: 17-25) We will all (including animals) be eating fruits, nuts and vegetables. (The snakes the only exception, they will be eating dirt) :o) EXCITING HUH?