This raw banana chai smoothie is very rich and sweet, almost more of an after-dinner treat than a morning smoothie. Bananas, coconut and cardamom spice are some of key ingredients in this dessert smoothie. 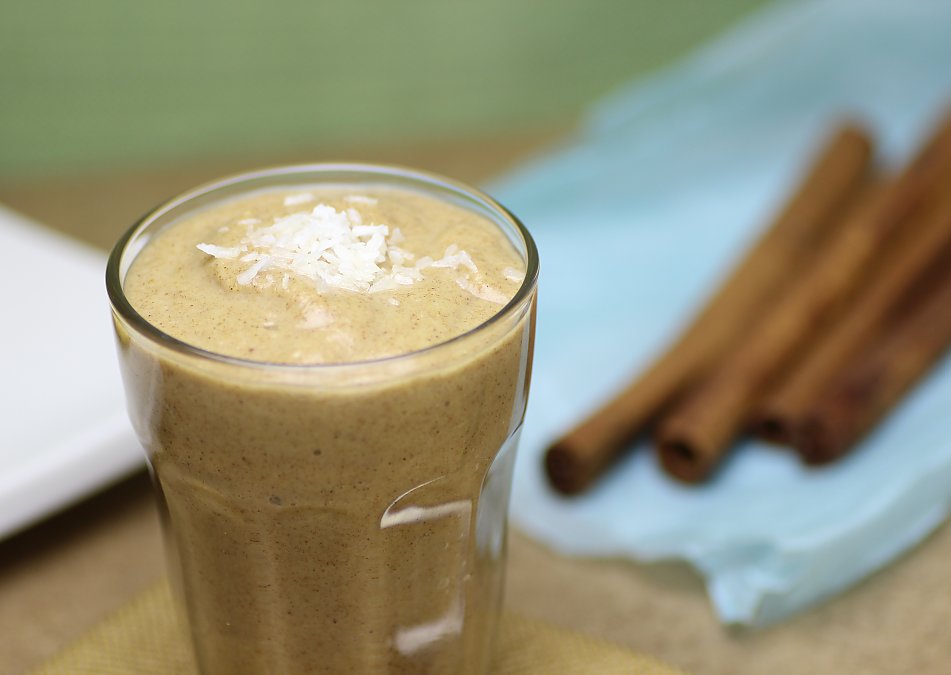 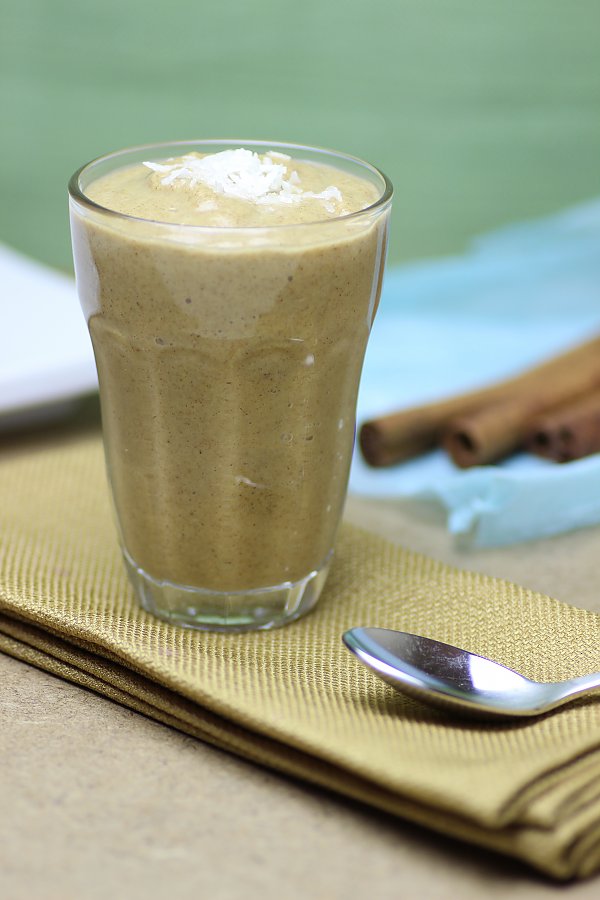 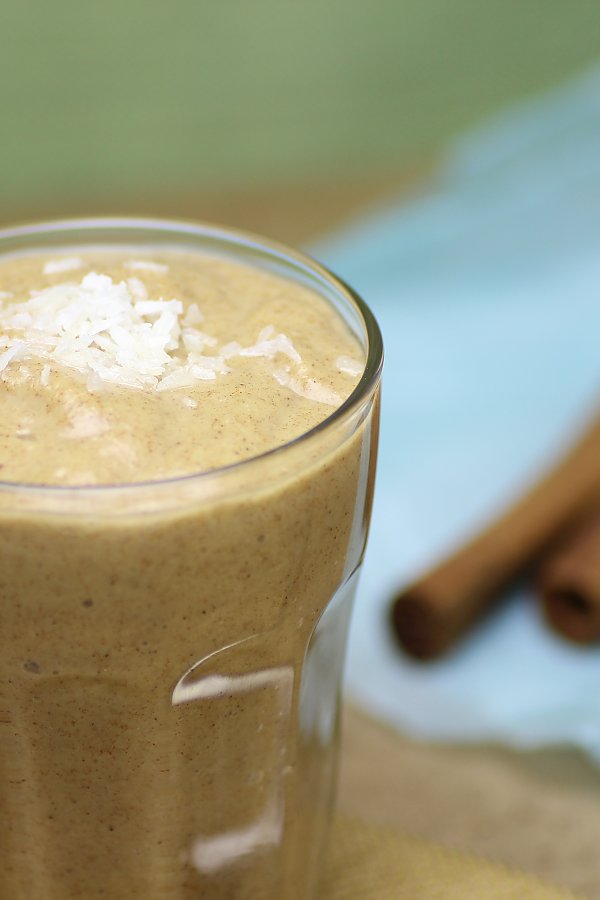 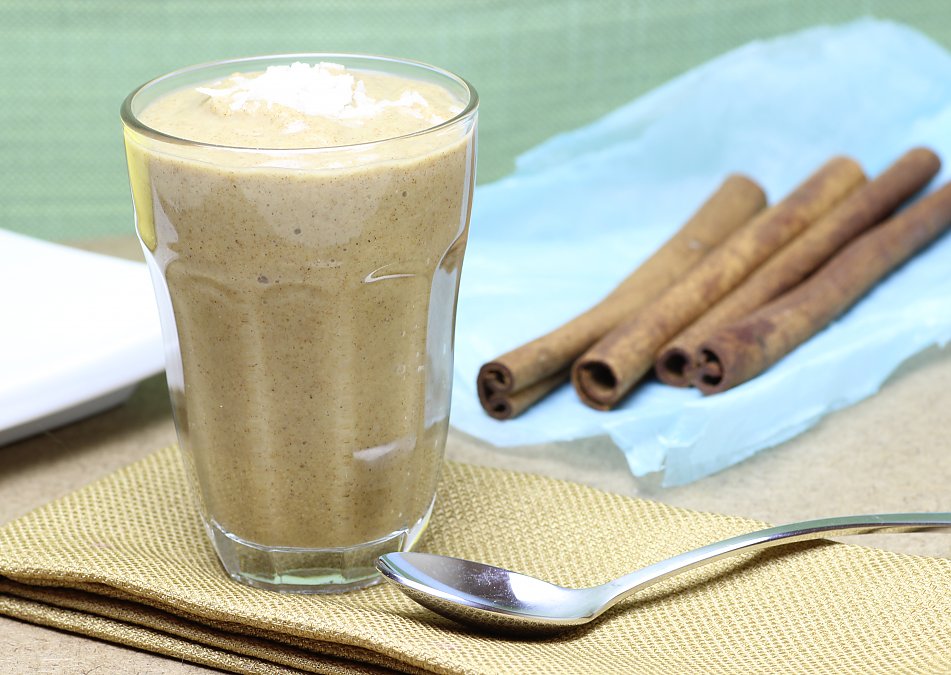 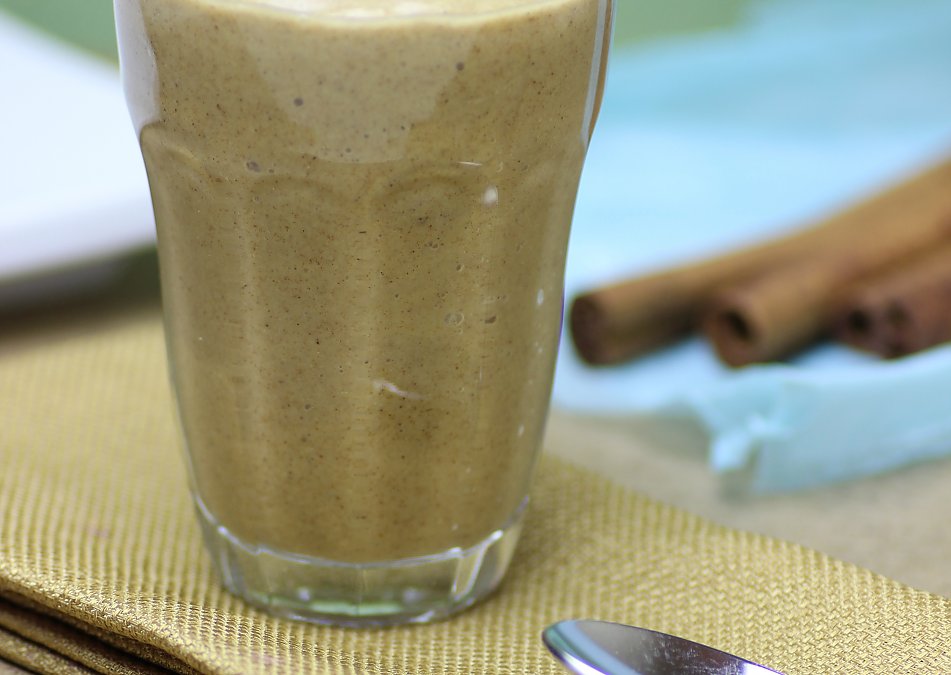 I've been enjoying this raw chai smoothie often over the past few weeks as a dessert, almost as a replacement for a sweet coffee or hot cocoa after dinner.

If you have cardamom in your spice cupboard, it really adds an interesting, surprising chai-esque taste. But if you don't have it, no worries - you can omit it and just use the cinnamon.

I don't often add coconut to my smoothies, but it provides added richness, which is nice and turns it into more of a dessert smoothie. (If you can't do coconut, feel free to omit and cut the water down a little to compensate.)

When a recipie like this calls for cardamom do I need to separate the chafe from the pods?

I loved this! So yummy!

Love all these ingredients. Almost never use cardamom - am going to have to try. Thanks for sharing.

I used frozen bananas instead of fresh. No difference in texture. Very tasty.

What could you do to lower the fat content in this smoothie? I am thinking it is the coconut that is adding the fat.

Yes, it is indeed the coconut that is adding most of the fat. Reduce it or eliminate it for less richness/fat :)

YUM. I love this version of a banana smoothie. The cardamom gives it a more exotic flavor.

I love cardamom too. I keep wanting to make an Indian-style sweet creamy dessert flavored with cardamom. I had one once about 10 years ago at a work potluck and I have never forgotten the taste :)

Indian desserts are so delicious. That would be awesome if you made a raw version.

It's still on my to-do list. I am thinking it will involve tahini, cardamom... that's as far as I've gotten, ha!

It looks lovely- but you didn't list any chia? Was that intentional?

You can use anywhere from one tsp to one tbsp. Depending on the consistency you like.

This is pretty much the best smoothie I've ever had/made!

I'm so glad you enjoyed this one, Kaitlyn!

Hi, could you freeze the banana to make the smoothie like a smoothie bowl?

Hi Ella - Sure! Also, just reducing the water a bit would make it thicker, if that's what you're hoping for.

when you say dates for the smoothie recipes are they medjool dates or just normal dried ones? does it matter?

Either works! Medjool is best (pitts removed), but dried ones will work fine too

Hi Gwen,
How many should this serve?

Hi Debbie, This recipe is 1 serving

I make mine with just nutmeg, the perfect spice imho!

Loved it! I was browsing your website and found this recipe and since I love, love, LOVE Cinnamon, I had to try this smoothie. After a quick glimpse at the ingredients I realised I had everything in my kitchen cupboard because I use most of the ingredients on a daily basis, and voila!.. no more than 5 minutes later; I'm sitting here, typing this while enjoying the best dessert smoothie I've ever made! Thanks for sharing this recipe with us.

Love that moment when you realize you have everything in the kitch! Glad you enjoyed :)

I'm kinda partial to this one, myself! :)

I need your help...what can be substituted in raw foods or smoothies for the raw banana? I am violently allergic to raw bananas and would love to make these luscious raw drinks and foods with something that won't cause problems. It's genetic, my Mother & Sister have it too...we can eat dried or cooked bananas, but we can't digest raw ones.

That's a tough one - in this case I don't recommend substituting - instead I recommend looking for smoothie recipes that do not contain bananas. (Bananas are used for creaminess and sweetness.) (You can use cashews or avocados for the creaminess, and a variety of other options for sweetness, like dates or agave/etc)