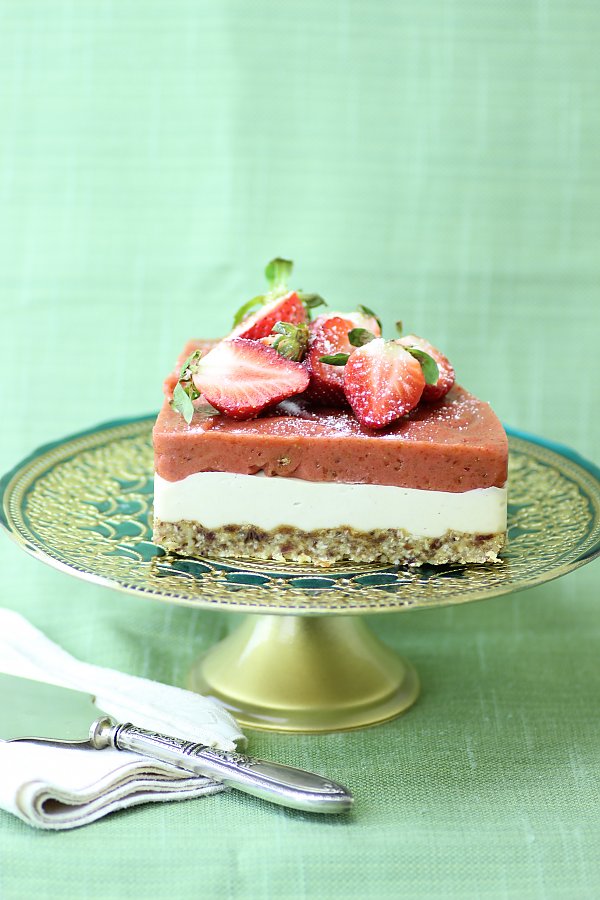 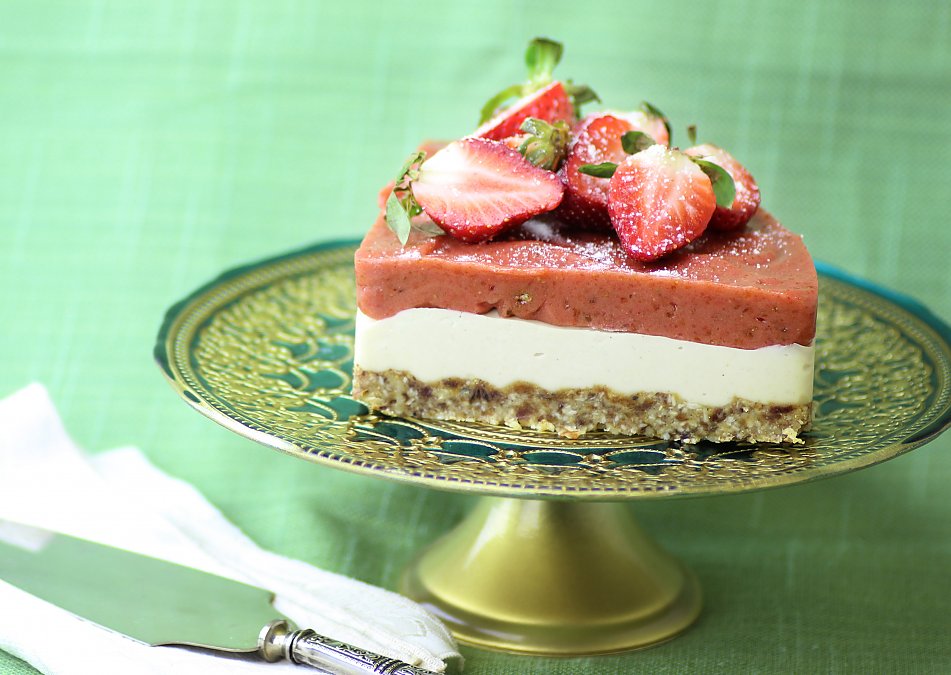 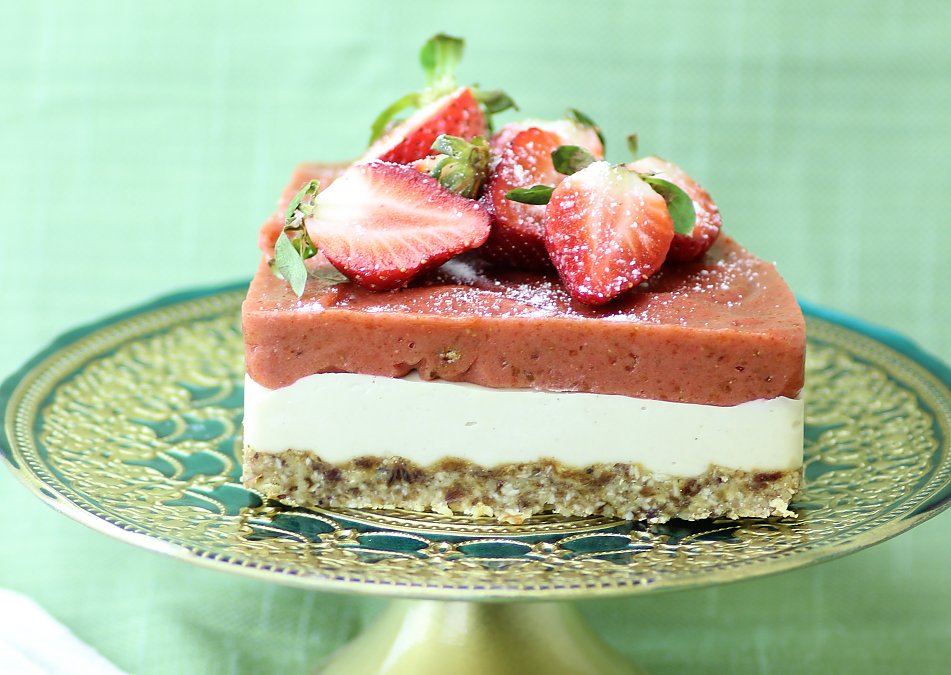 Definitely a good option, a lot of people use it to get that nice gelatin texture. (I've never used it myself yet, I look forward to trying it b/c I hear good things.)

Irish moss is the way to go! No freezing, and when you have non raw guests, they're completely unsuspecting, lol. You can get it online usually, here in San Diego it's only available locally during the summer/fall. It's a must.you can use it in a ton of other recipes to thicken. It's like a raw/healthy nutritious version of xanthum, and it's also what they use to extract carageenan from, but it's in a natural absorbable healthy state, not the gmo form the put in processed foods

Love you Naama! Love the pics :)

OMG. This is SO FREAKING AWESOME! I just made it and have extra filling so I made mini crusts as well. Oh perfect!!

I am planning to make this cheesecake for the first time. Where I live, it is impossible to buy coconut oil. Is this essential or can it be eliminated?

The freezing is confusing. Some say 4 - 6 hours and others laugh and say they left it all night. This makes me think that something occurs in the freezing process. Can you explain? Thanks

I would say try 8 hours or so in freezer for final freeze. Good luck!

OOps, plus,I forgot to answer your coconut oil question. YES, you MUST have coconut oil! It won't work well w/o it.

Do you melt the coconut oil before adding it?

Was it the taste of the crust or was it the texture/procedure?

Hi I was wondering what you mean by cream cheese? It's not in ingredients, I'm really keen to give this ago but a bit confused?

Hi Cobie, It's just the name of the recipe. It's a bit confusing, but it just means that the final result is kinda like a veggie cream cheese :)