A Community Recipe by Kandace 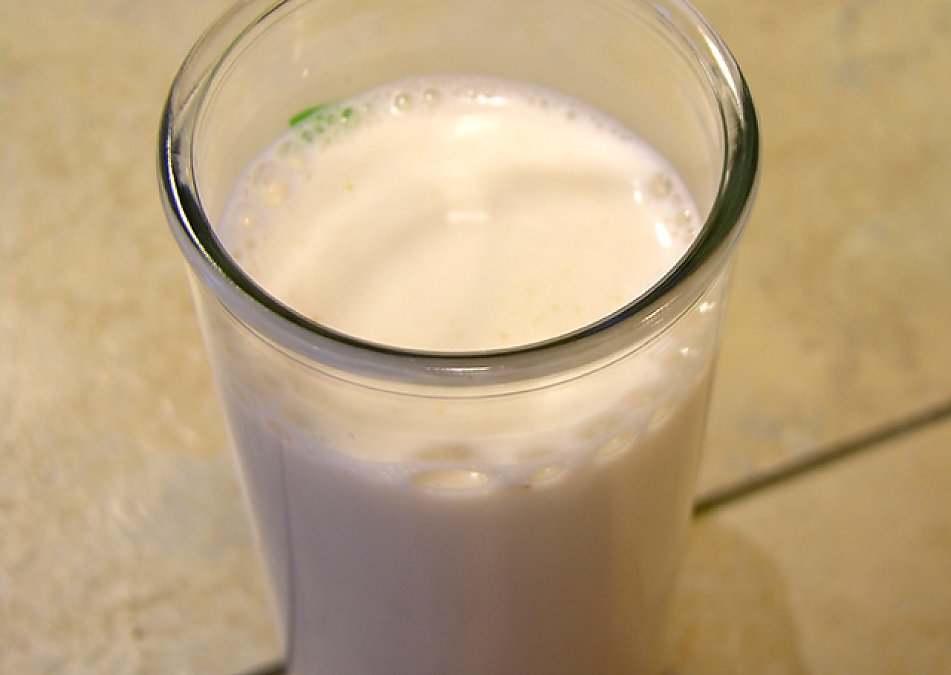 Click on photo above to open gallery
This is a basic recipe for making almond milk in your home. Feel free to vary the the amount of water to suit your taste – the less water, the thicker the drink.
Add to your favorites
Found in:

Will keep (covered) in a refrigerator for 2-3 days.

This is a basic recipe for making almond milk in your home. Feel free to vary the the amount of water to suit your taste – the less water, the thicker the drink.

can some one tell me how much this recipe yields. almonds are $8 +.

if this only makes 3 -4 cups you do the math

I should add that I don't have a dehydrator.

I was able to get 2 quarts from a $7 bag of almonds. That is about what I pay for 2 quarts of Almond Breeze. However, mine did not have any of the fillers that commercial almond milk contains.

My family has been drinking store bought almond milk for a while but I always wanted to try to make my own. I followed your recipe today and was so pleased! It was DELICIOUS! I sweetened mine with honey. And, since there seemed to be quite a bit of moisture left in the pulp, I ran the pulp through my juicer. I was able to get about another cup & a half of milk from it...although it was very grainy since my juicer apparently does not strain as well as the metal coffee filter that I used for the rest of it. Thanks so much for sharing!

can some one tell me how much this recipe yields. almonds are $8 +.

if this only makes 3 -4 cups you do the math

Thanks for the great instructions - I love that you can lessen amounts respectively for how much you want. (I prefer to make this fresh each time I drink it so I use 1/4cup of almonds to 1 cup of water. I liked the suggestion to refrigerate overnight in the water because I like the milk to be cold. My favorite way to use it is in a smothie of 1c almond milk, 1 chilled bananna, vanilla, and 1-2 raw eggs. If you have never tried the raw egg I guarantee that you cannot tell. I am impatatient so I ran out to get knee high pany hose and they work wonderfully. Also, I always have pulp. My favorite use for this is a snack or lunch made of - the left over pulp of 1/4cup of almonds, 1 shredded carrot, 1/4cup chopped rasins. options for this is to retain a little of the milk to plump the rasins, or sometimes I add raw milk or cream. You can also add sprouted grains like chopped kamut. It is a healthy, raw carrot salad. Maybe I will post the recipe.

WOW! My very first try of a raw vegan recipe, and I am thrilled! I added vanilla, and am waiting for it to chill. I used the pulp to make into an adjusted version of a vanilla icecream (instead of cashews). It's in the freezer right now! Thanks so much for this easy peasy recipe.

I picked some affordable almonds at Costco.

I've made this several times and I love it. Much better taste than the pasturized almond milk you can buy. I've added vanilla and agave or the lemon + salt mentioned earlier in the comments. Always turns out good.

Thanks. i will try it tomorrow and tell you the result

i made this. (& i can finally give up the sniffly dairies!)

Mmm I cant wait to try this! I just have to wait for all my roommates to leave so I can use the blender!

my kids loved this! I added some raw cacaoa poweder, vanilla and agave to it and they guzzled!

Hi, I just made my first batch of almond milk and I'm disappointed. I used soaked almonds, this recipe, in my vitamix. It obviously blended up very well, I had to press pulp b/w two strainers to filter and the pulp is still pretty moist. The milk seems too thick to me, I thought it would be thinner. Do most people let it sit for a bit to settle, or chill it, or maybe thin it with more water? I've never had almond milk before, or another nut milk, so I"m not sure what to expect.

Almonds have enzyme inhibitors that make them hard to digest. Soak for 12 hours and rinse to remove these. THEN make your almond milk. I use a knee-high stocking to strain.

bq. Okay, probably silly question but when you say soak the almonds 12 hours

Yes, definitely cover with filtered water and be sure to rinse well as that soaking water will have lots of toxins.

Almond prices have been going up quite a bit. I try to use as much as possible and often use the resulting almond pulp/meal to make "cinnamon rolls":http://www.therawtarian.com/community/recipe/cinnamon-rolls.

Mrsdlclark: When you soak almonds, either for milk or sprouting, cover them all the way with clean cool water. I put them at the bottom of a pitcher and fill it all the way up with water. They can be anywhere after that but I've heard that for sprouting it's best to keep it out of direct sunlight. I usually cover the pitcher with a cloth or something just keep stuff from falling in.

Okay, probably silly question but when you say soak the almonds 12 hours...do you cover them with water? Put them somewhere in particular? I have a lot of almonds I got - they have sure gone up in price so won't be happy when I have to reorder! Any great places with good prices for raw vege (nuts)??

ananda: I have an old (as in I got it used 4 years ago) Osterizer blender so far, it is working just fine for almond milk!

URGENT!! Advice to KurdishMom0607 -- DO NOT use apricot pits/kernals, they contain too much cyinide for human consumption! Like wise peach kernals/pits. Eating one or two wil do no harm, unless you are a young child and/or have a weak autoimune system. Using a cup full to make milk could be fatal. From http://www.MedlinePlus.gov

A 41-year-old woman ingested apricot kernels purchased at a health food store and became weak and dyspneic within 20 minutes. The patient was comatose and hypothermic on presentation but responded promptly to antidotal therapy for cyanide poisoning. She was later treated with a continuous thiosulfate infusion for persistent metabolic acidosis. This is the first reported case of cyanide toxicity from apricot kernel ingestion in the United States since 1979.

I would also like to know this. What type of blender do many of you use? Is it suitable for almond mylk? Will a regular blender do it, or is a vitamix necessary?

What type of blender do you need for this? Is a vitamix required, or can you use a lower powered(like 500 watt) one? I want to get a blender but i would prefer a glass carafe over the polycarbonate vitamix types. thanks for your advice.

I made this for the first time today, and it was very good. I was surprised at the amount of pulp though! I've made almond milk a different way that produces much less pulp and makes more milk with less almonds. You first grind 1/3 cup of almonds (no soaking) in an electic coffee grinder (I have a Braun). It takes a few minutes to get all the almonds into a powder. Once thats done blend with 4 cups of warm water and a bit of sweetner. It strains quickly through a tea strainer and only leaves less than a 1/4 cup of pulp.

I should add that I don't have a dehydrator.