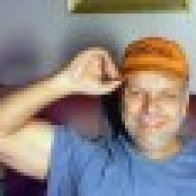 <p>I Live in New Orleans and i'm Half Sicilian on My Mothers Side... My Dad's People Have been here Since The 1600's.. So Theres No Telling Whatelse This "Mutt" Contains, EthnicWise... But I Know My Grandfather were part Cherokee Like 50%... and My GrandMother was French...</p> <p>I Enjoy a Huge Variety of Music Genres and Songs That I've Never Heard Before Mostly Folk and Alternative Folk... And I play an Above Average Guitar... Its a Gibson... Just Incase You Didn't Get it... That was a Joke Folks! I'm a BigTime Jokester... If It ain't Fun Count Me Out! Is That how You Spell "Jokester"??</p> <p>Personally, I am into Tennis, Billiards/Pool, Swimming, Working out, Yoga, Acupressure/Puncture & Herbal Therapy's (Through Which I've Learned To Treat a number of Common Maladies such as Body/Shoulder/Wrist/Knee/Hip Pain & Foot Maladies (I'm Trying to help people get rid of their bunions Naturally, at the moment... Hell I even know a Method To Get Rid Of Constipation Forever... And A Method To Get Rid Of Hip Replacments... I'm Living Proof... As I Still Play a Pretty Mean Game Of Tennis Even Though I Woke Up One Morning Thinking (Hip Replacement) I Though I Was Finished as My Hip was Killing Me... with the assistance of a medicine ball and a Tool I Designed which I Call An AcuPuncher), I Got Rid of My Hip and Back Problems Forever!</p> <p>Anyway... I Like Computing & Building Computers and Programming (Which Was One Of My Old Gigs), Cars, Architecture & Building My Own Designs (I owned a Cabinet Making Making Firm about 20 years ago), These days I'm a Stock Trader... I Have a Home Gym Which Consist Of a BowFlex (which I Use almost Daily) I Bought it Like 25 Years ago so Its an old One, A Stationary Bike and A Few Free Weights... So I Stay in Great shape and always have... I take Herbs Daily as well... Also I went Raw about a Year ago... Even though I've always Been Partial To Veggies anyway... I was Never to Crazy about meat... I think that is because I am Italian and For the most part I was Brought up By My GrandParents... I ate Veggies(Mostly Cooked) EveryDay... The Only Time we had Meat was on Sundays When My grandparents would Kill a Chicken For The Whole Family...</p> <p>I can speak on Almost any subject you would care to name, Except Maybe For The Theory of Relativity(Although I Do Have A Slight Grasp Of The Subject), Which I may also have My Own Ideas About... I'm not bragging just well rounded Academically speaking... I am an extroverted personality. Let Me Know If You Want More... As I Gotta Tell Ya, I'm "Full Of It"! Relatively Speaking...</p> <p>See... I Told Ya I Knew Something about Relativity...</p> <p>At The Moment I'm into planting a New Edible Landscape as After Katrina I have a Pretty Much Clean slate to Work with Except for Three Fig Trees and one of my Japanese Plum Trees that are still in Pretty Good Shape... Tough Little Buggers...</p> <p>My Intention is to plant a Completely edible Landscape consisting entirely of Medicinal Plants Like Wolfberry, Schizandra Berries If I can get them to grow that is... I'm not sure if its cold emough here in Bew Orleans For Them... I intend to plant lots of Berries... Blueberry, Raspberry, and maybe Strawberry as an Edible landscaping Groundcover.... I'm Still Looking into other so called SuperFoods To plant as well... I'd Love to plant an Acai...The Only problem there is That Acai's Tend to Grow like 80 Feet Tall... So That may be a bit Prohibitive..</p> <p>And Now For A Bit Of Levity...</p> <p>I believe myself to be adventurous, affectionate, alluring, altruistic, ambitious, amiable, Highly Amorous, amusing, articulate, audacious, Very authentic, and somewhat avant-garde... Ok enough of the A's... I can be bashful, Bohemian, boisterous,brainy, brazen and I endevor to be breathtaking! And I am also buoyant... I love the water... I've been described as candid, captivating, cerebral, clever, competitive, complex, confident (perhaps overly so)... congenial, considerate, coy, creative And somewhat cultured... I like to thing that I am somewhat delicate with the curvaceous... Unless they like it feisty... Boy what chutzpah! I can be defiant, diplomatic,dramatic, dependable, devoted, dignified without being droll... I hope to be entertaining, enchanting, enticing, empathetic without seeming like an eccentric egalitarian erudite. Jeez, this is getting a bit esoteric but I'm only tring to be exotic and expressive to show you that I am an extroverted personality. Well, This should give you an Idea of Who I Am and Thats Enough Volcabulary Practice For Now... So, Give Me A Call Sometime If You Are intersted In Hearing F Thru Z...</p> <p>A Good Wesite To Find and maybe Plant your Own Superfoods is: http://www.toptropicals.com/html/toptropicals/catalog/catalog.htm</p> <p>The One And Only Herbal Website With A Growing List of Raw Items:</p> <p>www.IHerb.com</p> <p>Use My Referral Number DEW156 To Get $5.00 Off Your First Purchase.. Read about and Join The Referral Program... It is a Win-Win SItuation...</p> <p>If you are interested In getting in touch with Me, My Email Address is AcuPuncher@att.net</p>